Exhibition Review : Losing The Compass at the White Cube Gallery

“Losing the Compass” is a group exhibition curated by Scott Cameron Weaver and Mathieu Paris showing until January 9 at the White Cube Gallery Mason’s Yard location. If you follow me on Instagram you already know that I’m slightly obsessed with the use of textiles in contemporary art, so no need to mention how excited I was  when I heard about an exhibition fully dedicated to this discipline.

“This exhibition focuses on the rich symbolism of textiles and their political, social and aesthetic significance through both art and craft practice.” When I see a rug I always wonder where it was made, who made it, how many of them, for how long? These anonymous artists and their unique savoir-faire are rarely under the spotlight in our contemporary societies. The value of craft has depreciated in the mainstream, but I’m pleased to see that art is getting back to it. 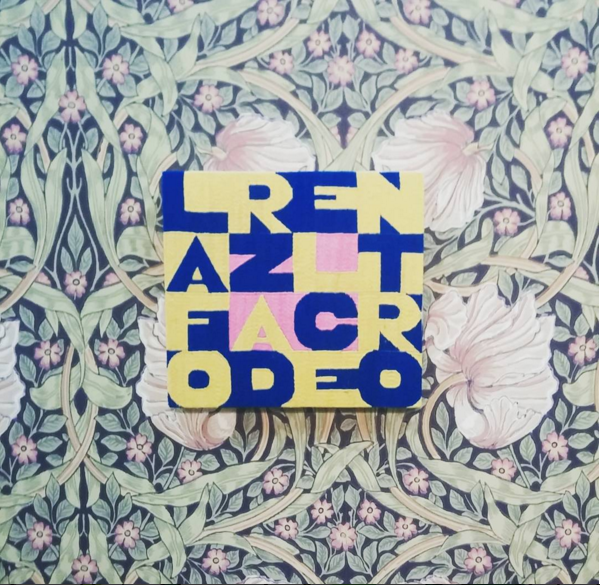 The exhibition is split on two floors, with a kind of transition space in between as we are leaving craft for art. Even though it’s a group show, the colorful artworks of Alighiero e Boetti are present in all the rooms acting as a common thread. Boetti was consider as part of the “Arte Povera”, a revolutionary and radical way of thinking art that arise in the late 60’s in Italy which privilege the creating act over the finished object and the use of “poor” common materials, an influence we can definitely feel in his canvas embroideries that deal with traditional textiles. They were produced in different countries, but mainly with communities of Afghan women embroiderers. Like Mona Hatoum’s 4 Rugs that were made in a carpet school in Cairo, or Danh Vo’s blood red carpets made in Mexico, the social and political context of the places of production gives another dimension to the textiles pieces and to the rugs. 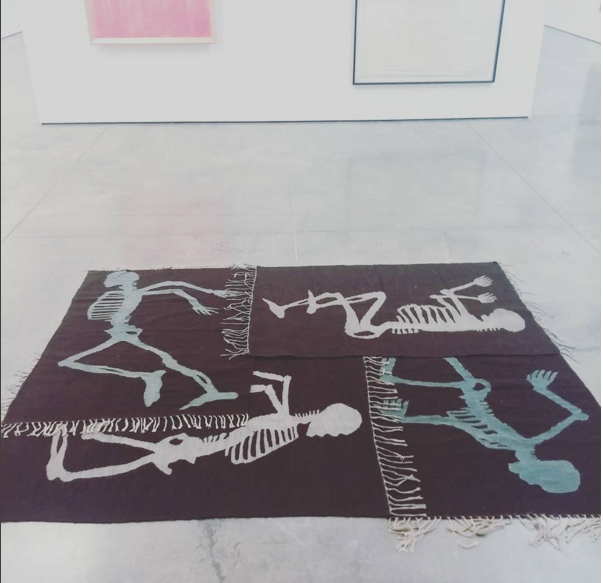 We can feel the history behind, the  hand of the designers, the creativity, the aesthetic, the technique which can teach us a lot about a society. After all we have tones of History museums displaying crafts from all times and places.The compass is definitely pointing on the notion of authorship in the crafts, the viewers might get some bits of answers along the way.

My other highlight of the exhibition was the selection of beautiful quilts and rugs by both the Gee’s Bend and the Amish communities in America from the 19th and 20th century. The patterns and the use of color show the incredible creativity of these women, even though some can look alike your cosy patchwork winter spread there is of course way more underneath: “The intricate, vibrantly colourful geometric compositions of quilts made by African American women in Gee’s Bend, a remote, isolated area of Alabama exhibit spontaneous compositions, incorporating worn bits of clothing and textiles, while a selection of quilts produced by the Amish community in Pennsylvania display a restrained palette and strict symmetrical compositions. Both reflect how quilt-making provided an acceptable form of creative outlet.“

A very interesting exhibition that I highly recommend. For my Belgian readers, note that the gallery ATTIC is showing until October 31st artworks by Alighiero e Boetti in Brussels.