Art in the Digital Age

Since writing about Jay Z’s recent foray into performance art I’ve started to contemplate the use of new media in the discovery of visual arts.

Let me first explain, I was not raised in an art loving family. We did not spend weekends at the Tate Modern. We did not loan works to the Pompidou, nor did I formally study history of art. Still, my teenage naiveté led me think that working in a museum would thirst my quench for an escape from London’s suburbia. So off I went – into the devilish world of art gallery internships. I learnt about the art world and its many pockets of indiscretion and often worked with one eye open. Not too dissimilar from its less academic little sister – fashion, the art world is full of sex, drugs and way too many rich kids.

I’m digressing. My point is that interning is far from easy yet I relished in the chance to learn. To learn from the best, work hard and pray that one day I would sit somewhere else, anywhere else than a gallery’s front desk.  We may not have had Chagall’s at home but we were raised with an intrinsic understanding that knowledge really is power and I knew that interning was my chance to get close to the many artworks that inspired me on even life’s darkest days. 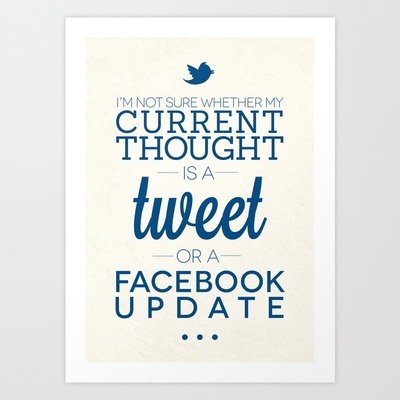 This brings me to the question – with the influx of new media, and the technology on which to view it, has the notion of viewing art in person been lost on a generation of Facebookers, Tweeters and Instagramers? It seems that exploration is at our fingertips not our bus passes. Is social media teaching children that to access art all they need is a computer? With the internet only a click away, are we not succumbing to a thoughtless society? We do not have to adventure – it is brought to us. Art in the digital age is on Tumblr not at the Palais de Toyko. We don’t even have to decide for ourselves who to follow, just Google ’50 best artists on Instagram’ and decide between Ryan McGiness, Laurie Simmons and Takashi Murakami. Even the recent Rain Room at MoMA was slated for providing its queue-ees with an opportunity to show the rest of NYC just how cool they were. These people do not spend Saturday morning in front of the TV in a onesie. They are cultured. They participate. They stand on West 53rd Street for six hours to queue to um……. stand in the rain. Kate Murphy recently wrote about this phenomenon in The New York Times, “There was a lot of stuff that got tweeted on #RainRoom. I learned that people like to take pictures of themselves. You know ‘selfies’. It’s gotten so people think if it’s not on Twitter or Facebook it didn’t happen. It’s no longer about telling a story or experiencing, it’s about having proof you were there”. The problem seems to be that we are either visiting exhibitions purely to project an image to others, or we are not visiting them at all.

Viewing artwork on social media also negates the worth of curation. Every year would-be curators study, at universities worldwide, the philosophy of exhibition organisation. When one enters an exhibition space it is usually carefully crafted under a particular school of thought. Paintings and videos aren’t slung together – much like a recipe, the ingredients of art are selected to compliment each other to take you on a journey through the mind of the artist. Museums and galleries pay a lot of money to over educated and qualified people for this very reason.

Harping back to my recent victim – Mr. Sean Carter – isn’t it dangerous that Jay Z and fellow pop culture legend Lady Gaga have more of an influence that the art department at your local school, the Education Director at your city’s top museum or even these children’s parents?

This brings me to my most hated technological advancement – the Kindle. Yes I understand that it can be helpful to even me – the eponymous over packer – who often reads eight books on a two week holiday. I could save luggage space and an argument with the EasyJet check in staff but what would be the fun in that? What happened to the romanticism of holding a book tenderly in your hands, folding the corners and coming back to it in the wee hours of the night – much like an affair with your next door neighbour’s gardener. I remember as a child actually getting excited by a school award of bookshop vouchers. #nebach. I suppose I understand the need for a kindle for those taking public transport to work. After all you don’t want the entirety of your bus or train to know that you’re reading Fifty Shades for the third time in a row? #whipme

I am however, very well aware of the fact that I am writing this from a first world perspective. I grew up in London. A city filled with government run museums and streets lined with the world’s finest commercial galleries. I have also worked within the industry and have been fortunate enough to be surrounded by some of the 21st century’s most beautiful and significant artworks. What about the people living in authoritarian regimes and war torn countries or those lacking financial stability to afford them an education? We only have to look to Ai WeiWei whose artwork often sits as cultural opposition to the Chinese government to see the value of his some 222,200 Twitter followers.

You may be thinking that I am one pretentious, hypocritical gallerina who definitely posts smug photos of her new boyfriend on Facebook. My most recent #throwbackthursday was of the 2012 Urs Fischer show at the Palazzo Grassi and I’ll happily (and quite proudly) admit that their ‘like’ of my photo happened to be the highlight of my week.  Liar Liar you may exclaim! She is one of us! Mais oui, I too am a victim. I am guilty of gramming too hard. I’ll even admit that I did the research for this post on an ipad instead of dusting off my copy of Encarta Encyclopedia. The irony that I am writing this piece for an online blog, read only on this technology I speak so ill of, is not lost on me.  And yes, we at the Bubblist use social media to reach our fellow Tel Avivians. We do, however, try to go to film screenings and lectures, visit museums and scramble together 90 Shekles to buy last month’s Art Review.

It is because I am one of you that I question the source of our knowledge. Maybe it is due in some-part to the economic crash. Perhaps we have less money to frivolously spend on Museum entrance fees. I know more than most that galleries can also be intimidating environments, seemingly open only to the top echelons of society. Much like internet dating, it is all so much safer and more comfortable behind the screens of our MacBook Pros.

All this said I am still troubled dear readers. I am worried – worried for my future children, for their future children and their future children. How will they understand the value of reading under the covers with a torch if their iPads are backlit? That somewhere in a light-filled studio, a mad genius with a paintbrush, is creating works that they will later see posted online. Yes little ones, these images are in fact real – they sit in the galleries of the world. You can see the cracks in the canvas of a Jackson Pollock painting right here at the Tel Aviv Museum of Art. A book is meant to be touched as well as read, a painting is meant to be seen as much as discussed. Art in its entirety is an emotional education as much as a visual one. So yes, we should be concerned that we are headed into a technological dystopia; where people in Google glasses curate online shows for their millions of followers who sit at home, scrolling and swiping their way through the latest exhibition because museums have now become extinct. Go on readers, go out, slam that door behind you and see what you discover but first please don’t forget to like our Facebook page! 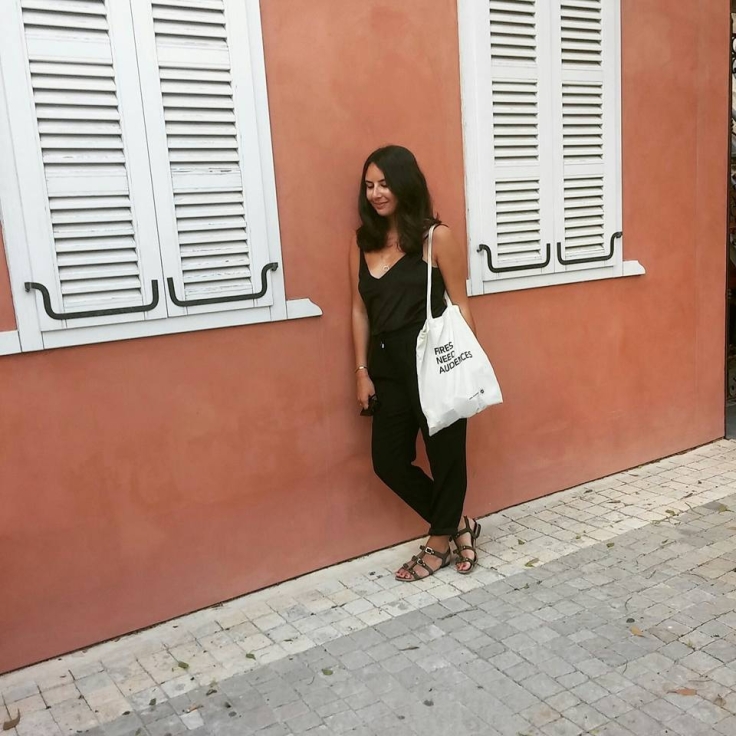